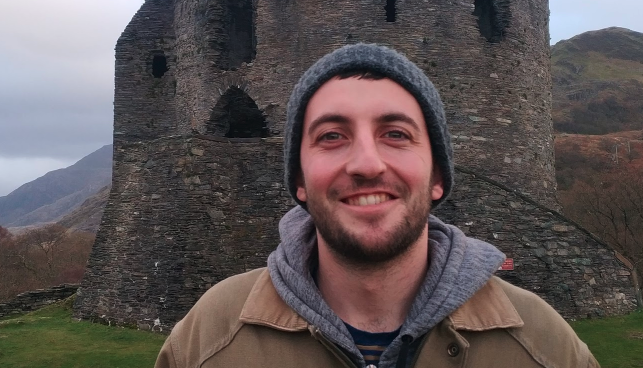 I am a PhD candidate in the Department of Computer Science at the University of Colorado Boulder, where I started in Fall 2015 and received an MS in Fall 2017. I am a member of the Programming Languages and Verification (CUPLV), advised by Professor Evan Chang. Previously, I was a student at Williams College, in Williamstown, MA, where I graduated in June 2015 with a BA in Computer Science and Mathematics.

I am interested in building static analysis tools and formalisms that are able to handle the complexities of modern software development. Currently, I am working on incremental and demand-driven abstract interpretation, using graph-based techniques to efficiently and soundly deliver analysis results when and where they're needed. Prior to that, I worked on improving the precision and efficiency of JavaScript analysis, combining a standard forwards abstract interpreter with a goal-directed backwards symbolic execution to refute spurious dataflow on-demand at critical points during the forwards analysis. I've also worked on a range of other program analysis topics in both academia and industry including refinement type systems, type inference, and bounded symbolic execution.

I proposed a dissertation centered around my recent work on Interactive Abstract Interpretation, in which I lift arbitrary abstract interpreters to incremental and demand-driven equivalents that are provably sound, terminating, and from-scratch consistent with the underlying interpreter.
proposal slides

I worked with Josh Berdine and the Infer team on Sledge: a separation logic-based symbolic executor for LLVM.
open-source

Attended and assisted with logistics at POPL and several co-located workshops.

Attended OPLSS 2016. I saw a wide range of talks from invited lecturers and other students, gave a talk on my own research, and got to know a ton of other PL researchers.

Attended PLDI and won 2nd place in the SRC for my presentation on Goal-Directed Backwards Static Analysis for JavaScript.
poster abstract

Assisted the CUPLV MUSE team with their hackathon by building a backwards, goal-directed Android analysis, looking for misuses of common Android encryption libraries.